Destination DNA, the role of new generations, climate crisis, and tourism in balance: the launch evening of the Dolomiti Paganella Future Lab posed the local residents with four fundamental issues that will influence the future development of the destination, allowing them to express their initial opinions. Now the workshop stage begins. 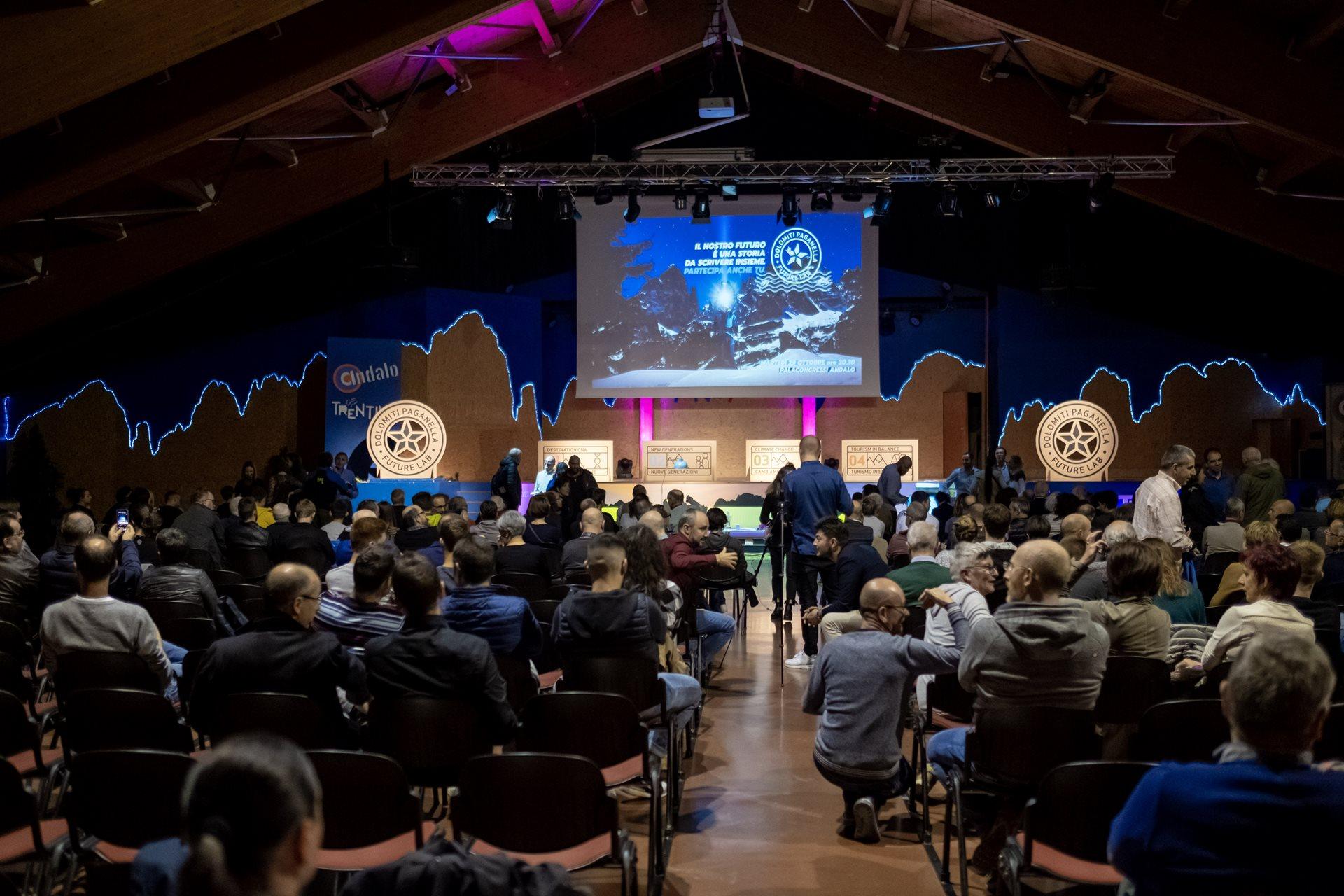 A big success for the ‘Dolomiti Paganella Future Lab’ presentation evening, held on Tuesday 29 October at the Palacongressi di Andalo: all the seats were full and the discussion was followed with much interest and participation.

The evening began by defining the objectives of the project, presented by Michele Viola, President of the APT, Paolo Grigolli from Tsm (Trentino School of Management), Luca D’Angelo, Director of the APT, and Emil Spangenberg, CEO of the company Frame&Work and former designer of the development plan for the city of Copenhagen. Alessandro Bazzanella (Tsm) then illustrated how the ‘Future Lab’ project will actually develop in the coming months. The invitation was to exploit the unique opportunity provided by this project and to change perspective, interpreting tourism not as a static, predefined structure, but instead as an organic system that changes, matures, and evolves just as the people who comprise it change, mature, and evolve. This is a fundamental premise in order to try and conceive our future. 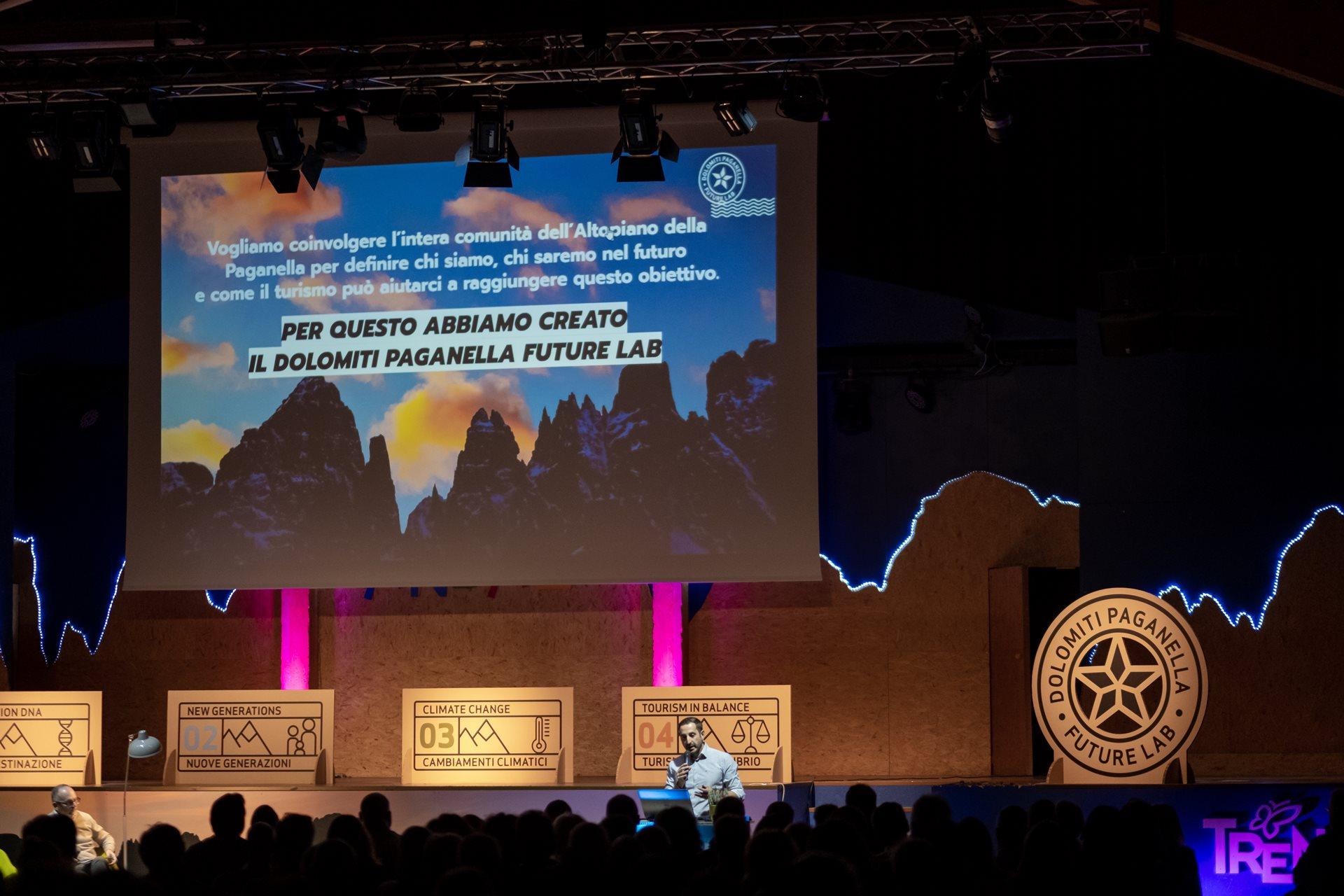 Imagining the future is no easy task, especially if you are starting from zero, and so four main themes were identified in order to establish a common thread for the evening. The four fundamental issues that are considered most likely to influence the destiny of our area are: the DNA of the destination, the role of new generations, the climate crisis, and the idea of tourism in equilibrium. The latter raises the question of what it means to develop a truly sustainable form of tourism that maintains the environmental, social, and economic equilibrium. An expert spoke on each of these themes in turn, illustrating the various issues and suggesting numerous points for reflection.

Graziano Cosner, director of public libraries across the resort, illustrated the historical and social origins of the five villages that comprise our Alpine plateau in order to try and answer the questions: “Who we are?”, and “What unites our destination and makes it unique?”.

Maria Pina Trunfio, Director of the master’s degree course in ‘Tourism & Hospitality Management’ at the Parthenope University of Naples, had the task of illustrating the challenges and opportunities for involving the younger generations (the so-called Millennials and Generation Z). The professor underlined the importance of seeing the young not only as new targets for tourism, but more importantly as a segment of the local population who should be involved and encouraged to remain. 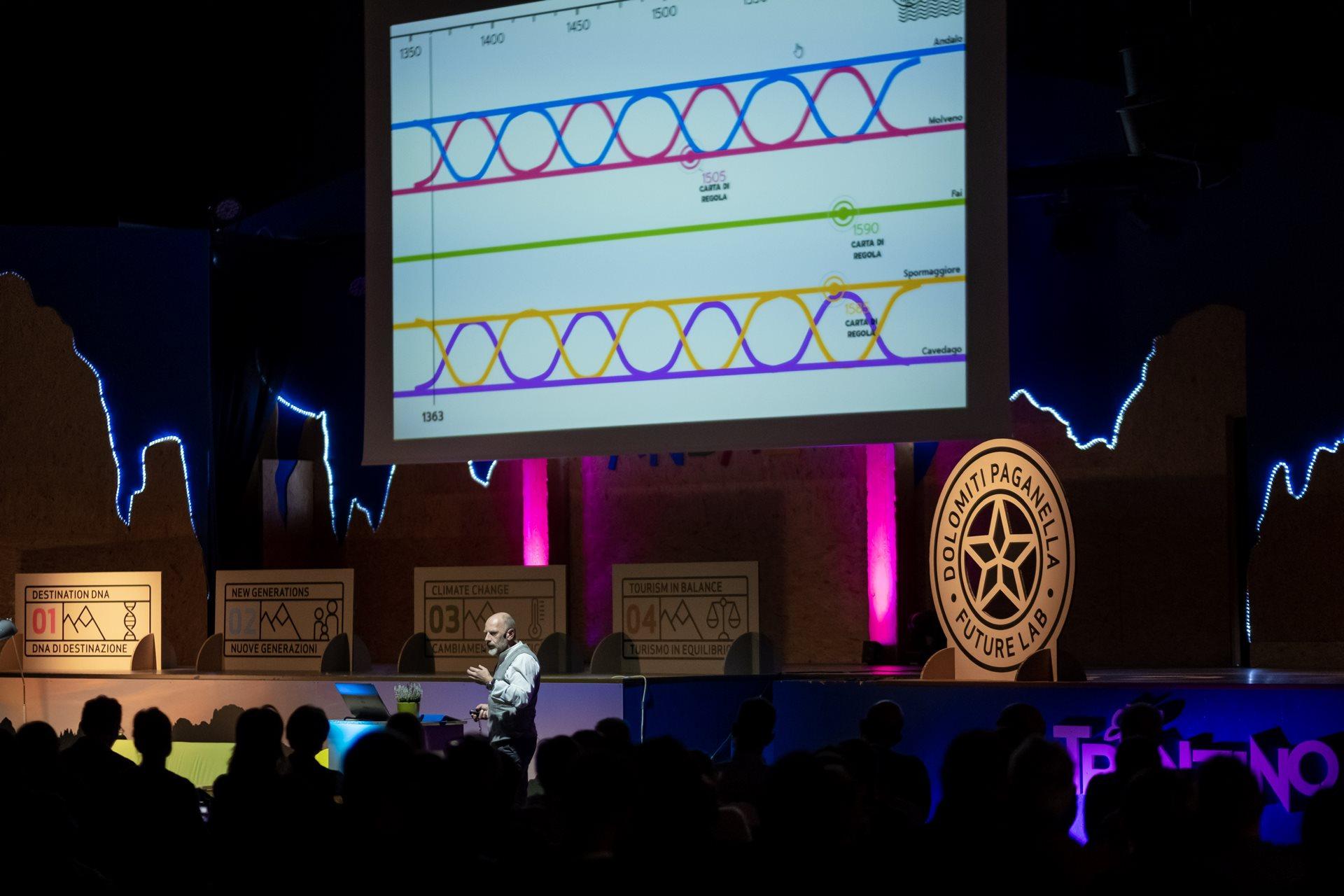 Roberto Barbiero, coordinator of the Climate Observatory of the PAT, presented data illustrating the climate changes underway, the accelerating loss of our glaciers, and the consequences that this will have on the flora, fauna, and population, and by increasing extreme metrological phenomena.

The series of presentations concluded with a video by Pietro Beritelli, professor at the University of San Gallo in Switzerland. He invited the audience to abandon the traditional approach of measuring the health of the tourism industry only in terms of numbers of visitors and nights. Instead he suggested looking at temporal and spatial flows. Understanding what happens at a resort and how tourists circulate is essential in order to develop products and options that promote an entire area, working together with all the operators in the system. In other words, a living, social ecosystem, capable of adapting and changing. 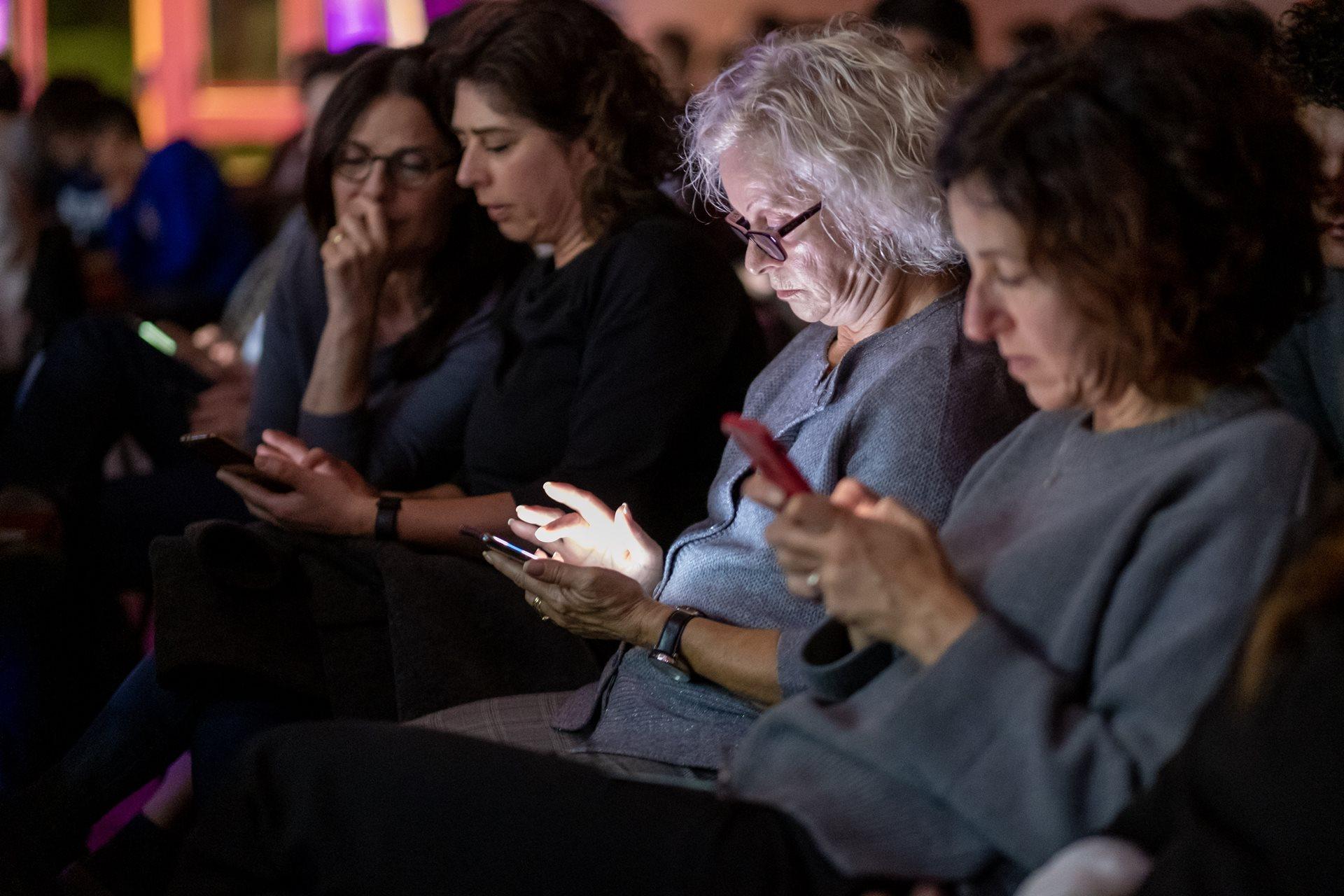 We promised an engaging and interactive evening and so it was: at the end of each presentation everyone in the hall was asked to answer a few questions to encourage reflection on what they had just heard and provide the team of experts with valuable initial feedback for the subsequent stages in the process.

The method used to answer the questions (using personal smartphones, thanks to a special online application) allowed all the participants to see the response in real time, projected onto the big screen. Among the most interesting and noteworthy results was that 57% of those present consider climate change not just as a threat but also as an opportunity, and that 60% of voters are convinced that tourism in the Dolomiti Paganella cannot continue to grow forever. As regards solutions, many emphasised the need to concentrate on quality of services, hospitality, and sustainable mobility. 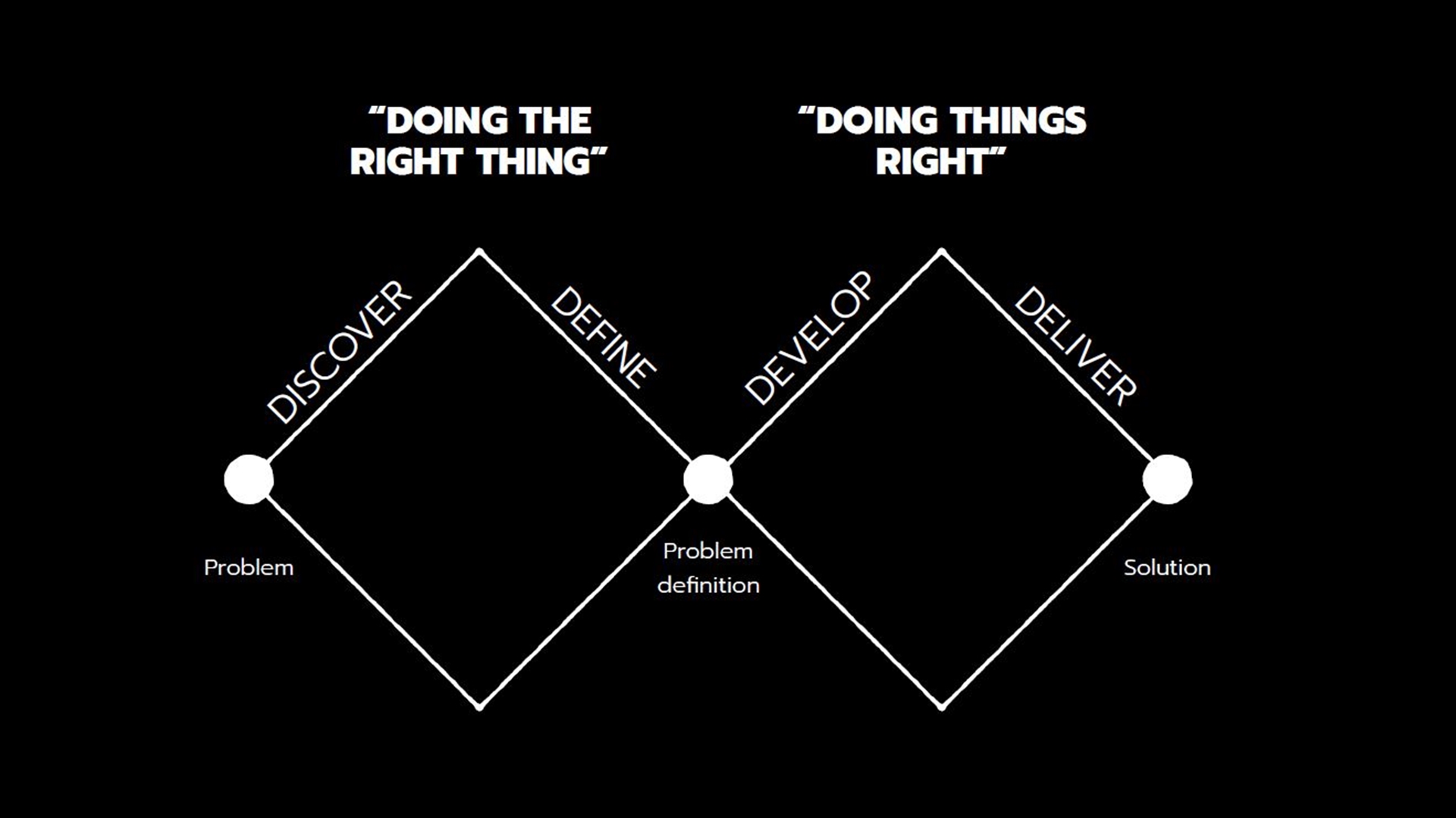 As noted at various points during the evening, Future Lab will continue until the end of 2020 and the next stage is already underway. The first workshops have been held under the supervision of the team of experts. These brought together work groups comprising the various stakeholders on the plateau, called upon to investigate the four themes of the launch evening in greater depth, analyse the issues further, and propose viable solutions. The Wednesday 30 October workshop involved administrators, representatives from the Adamello Brenta Natural Park, uplift operators, managers of infrastructures linked to tourism, ski instructors, and Alpine guides.

Applying a participative methodology inspired by the design principles referred to as ‘double diamond’ the participants first worked on an in-depth definition of the issues, and then reasoned about possible solutions for those considered most pressing. Over the course of the following months the workshops will involve tradesmen, voluntary associations, residents, and in particular young people, those who will experience in first person the future that the Dolomiti Paganella Future Lab is starting to delineate.

Download HERE the material shown during the kick-off meeting!