On October 29th the results of the Dolomiti Paganella Future Lab were presented to the whole community in a public event, which took place in-person, but was also live-streamed. After two years of work, the first part of the project was effectively closed, in order to now begin the implementation part of the project.

Alessandro Bazzanella, Coordinator and Project Manager of the School of Tourism and Culture of the Trentino School of Management and member of the Future Lab work team, opened the evening, conducted by the journalist Rosario Fichera, retracing the stages of these last two years of work, from the inaugural evening of October 29, 2019, to the workshops, up to the pandemic, which forced a change in the project methodology. 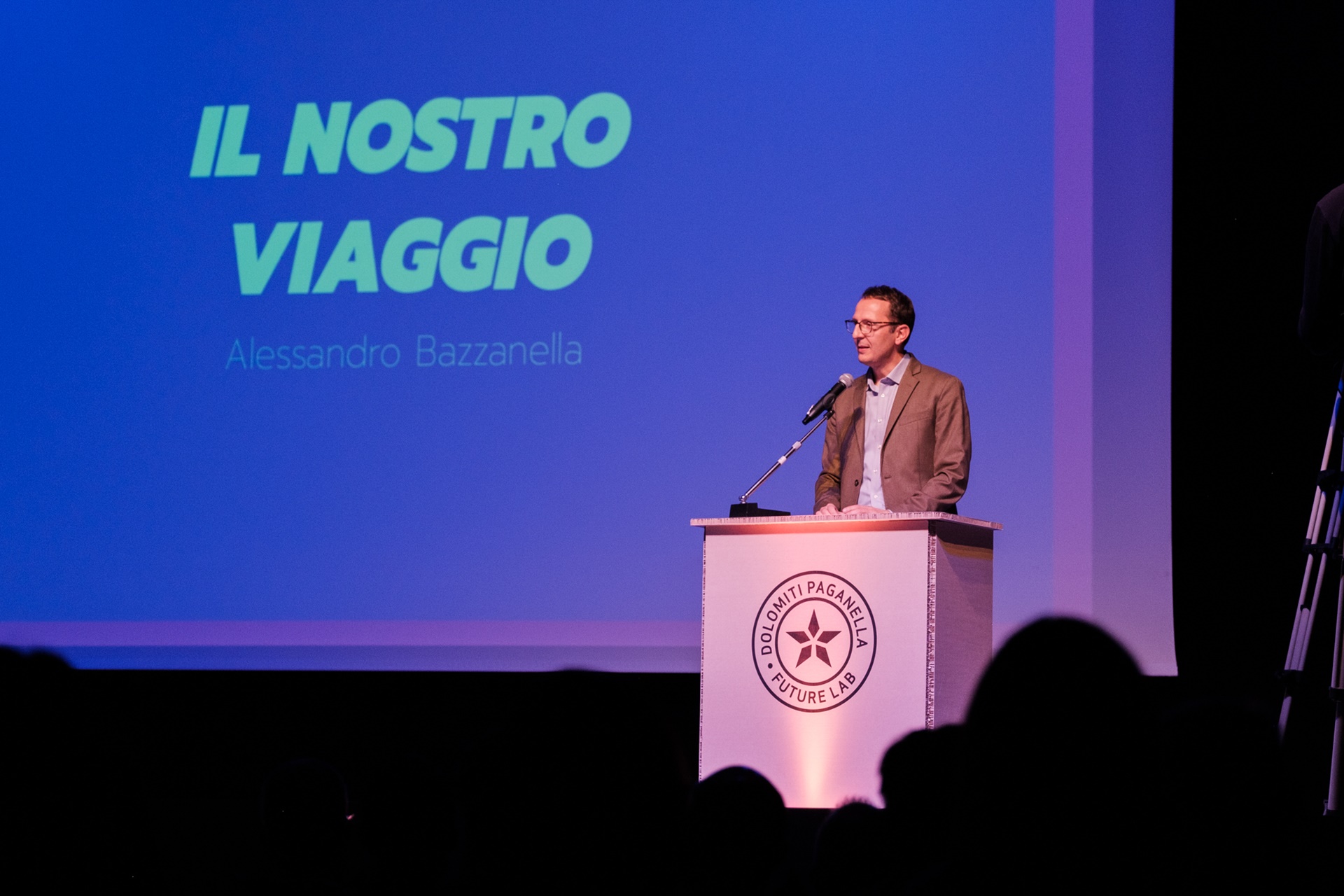 As it was during the event two years ago, Graziano Cosner, director of the municipal libraries of the plateau, looked to the past. He did so by recalling the Carte di Regola (literally, Charter of Rules), documents in which, in the past, the rules of civil coexistence were defined in many villages of Trentino. In particular, he highlighted how three concepts that emerge by studying the ancient Carte di Regola can be fundamental even today to plan for the future: 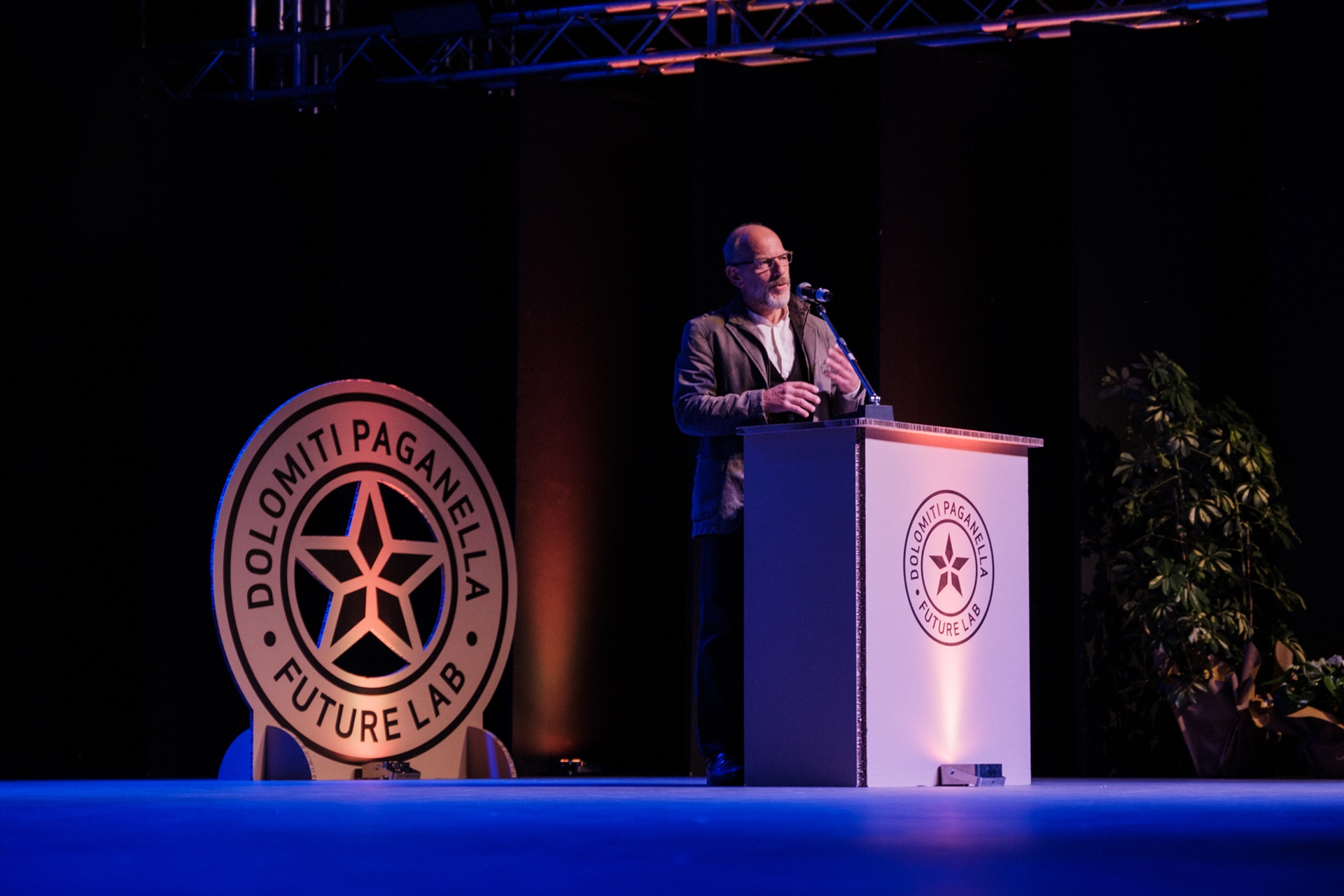 Inspired by the tradition of the Carta di Regola, the work team drafted the Carta dei Valori (literally, Charter of Values) of the future-oriented Paganella community. Ten guiding principles, valid for individuals, companies, organizations, but also public institutions with the aim of contributing to the construction of a community based on shared values, where tourism is the engine to plan and develop the future. In the most moving moment of the evening, couples of grandparents and grandchildren of the 5 villages that make up the plateau unveiled the 10 principles to the public. 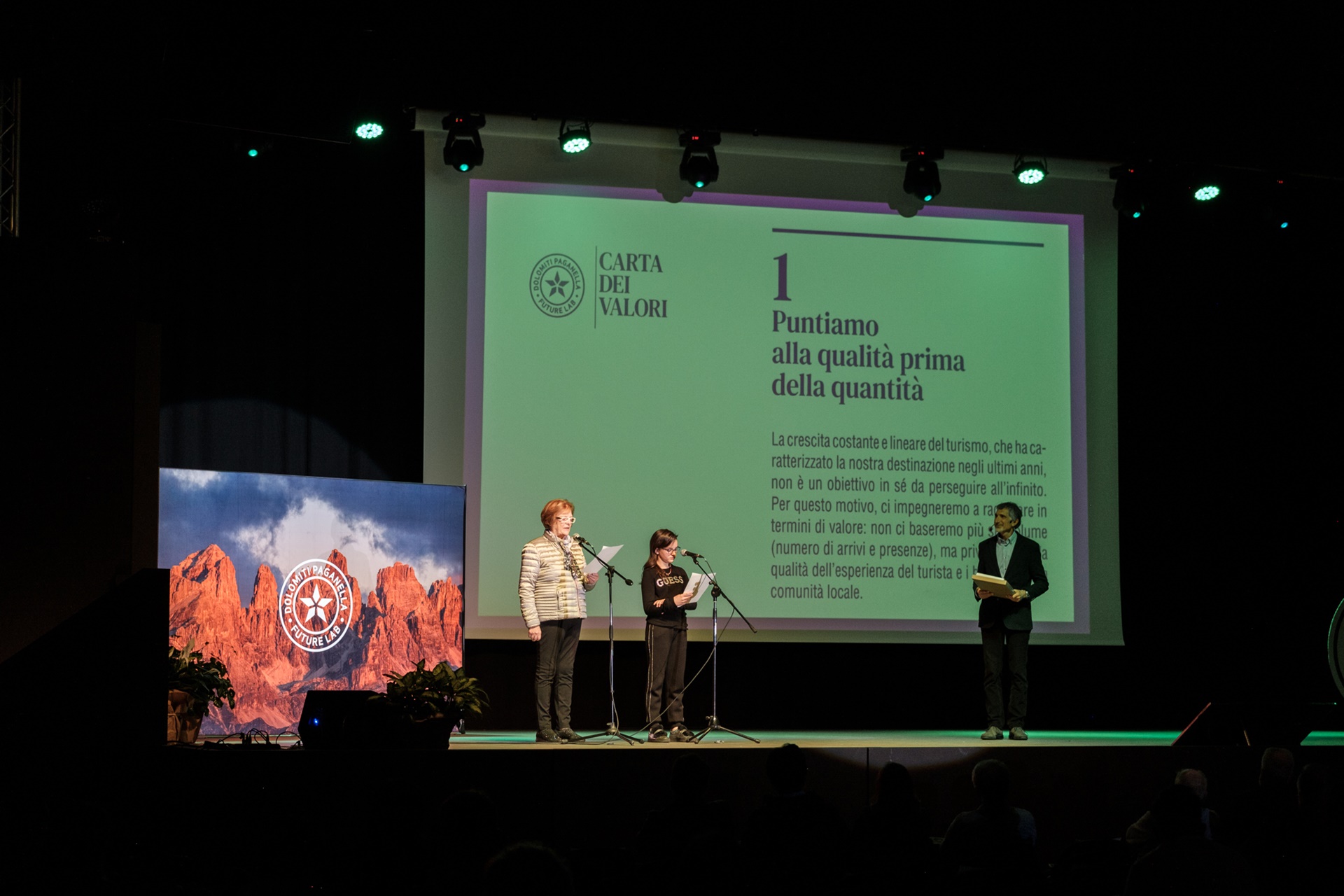 From these principles were born ideas that look to the future and that will help the Paganella Plateau become, over time, a more balanced tourist destination, for residents and tourists. Luca D’Angelo, director of the DMO, illustrated these ten projects to the community: projects that point towards an increasingly gentle form of mobility that leads the Plateau to become a traffic-free alpine tourist resort; that encourage even more, the care of the beauty of places and people; who focus on young people. Now the whole community, including the guests, will be called upon to turn these projects into reality. 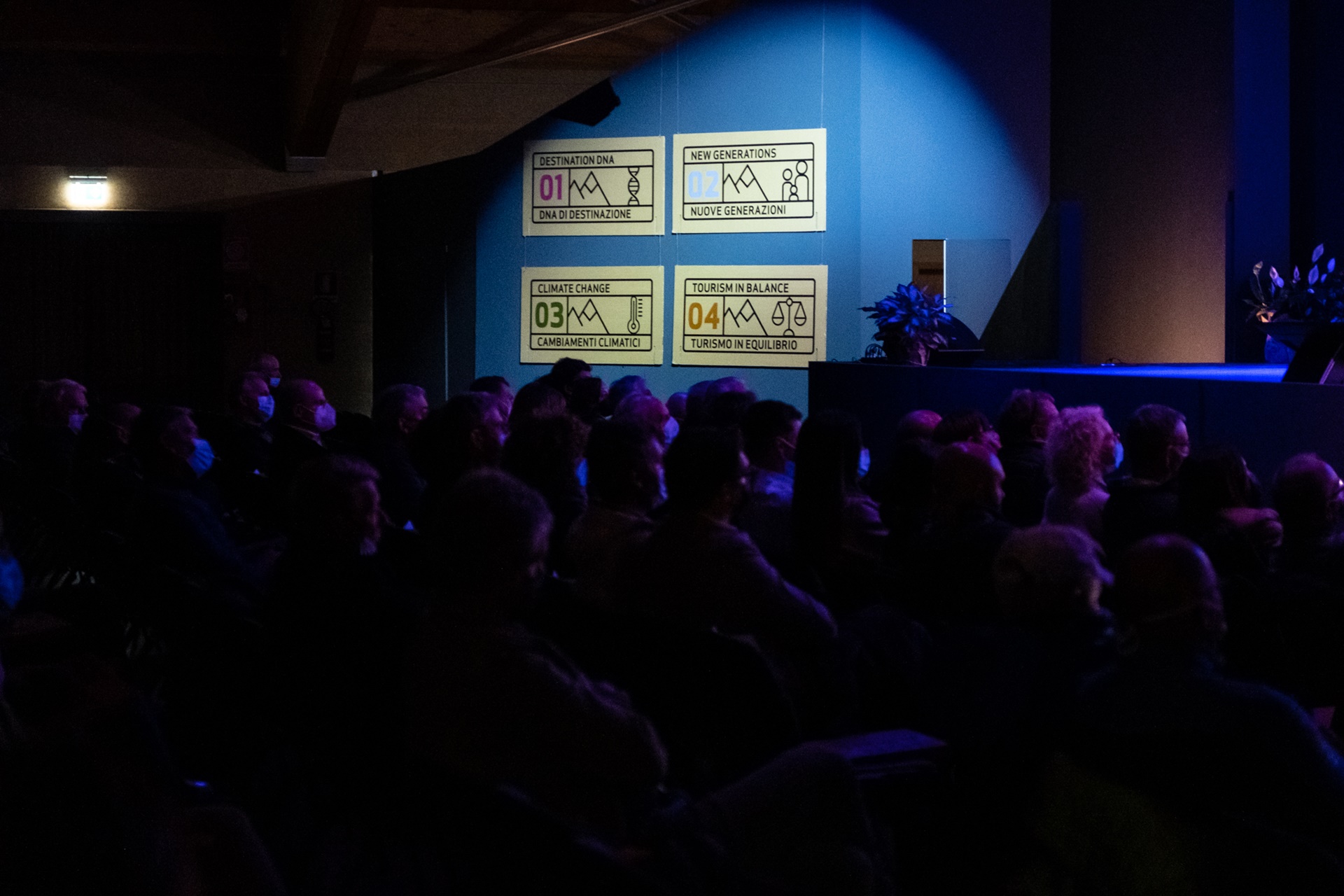 At the end of the evening, the documentary produced by the Danish company Frame&Work, who consulted on the project, was shown to the community. A documentary that tells the past and present of our community and the questions that in these two years we have begun to ask ourselves: a real gift to the community of the Paganella plateau, so that the legacy of the project is not a 30-page report that no one will ever read, but testimony and memory of when in Dolomiti Paganella we decided to design the future.

Read the Carta dei Valori and the projects

This website uses cookies to improve your experience while you navigate through the website. Out of these, the cookies that are categorized as necessary are stored on your browser as they are essential for the working of basic functionalities of the website. We also use third-party cookies that help us analyze and understand how you use this website. These cookies will be stored in your browser only with your consent. You also have the option to opt-out of these cookies. But opting out of some of these cookies may affect your browsing experience.
Necessary Always Enabled
Necessary cookies are absolutely essential for the website to function properly. This category only includes cookies that ensures basic functionalities and security features of the website. These cookies do not store any personal information.
Non-necessary
Any cookies that may not be particularly necessary for the website to function and is used specifically to collect user personal data via analytics, ads, other embedded contents are termed as non-necessary cookies. It is mandatory to procure user consent prior to running these cookies on your website.
SAVE & ACCEPT
Go to Top