The issue of the new generations (seen as a problem, but also and above all an opportunity) was one of the four founding pillars of Future Lab right from the start.

As we know well, many of our hotels, shops, commercial activities, and companies involved in tourism are family run. This shows how the locals see tourism not only as a job but also as a way of life. However, it is also true that the transition from one generation to the next can be a delicate moment for a company (and in some cases even fatal) unless it is well planned and structured over the years. 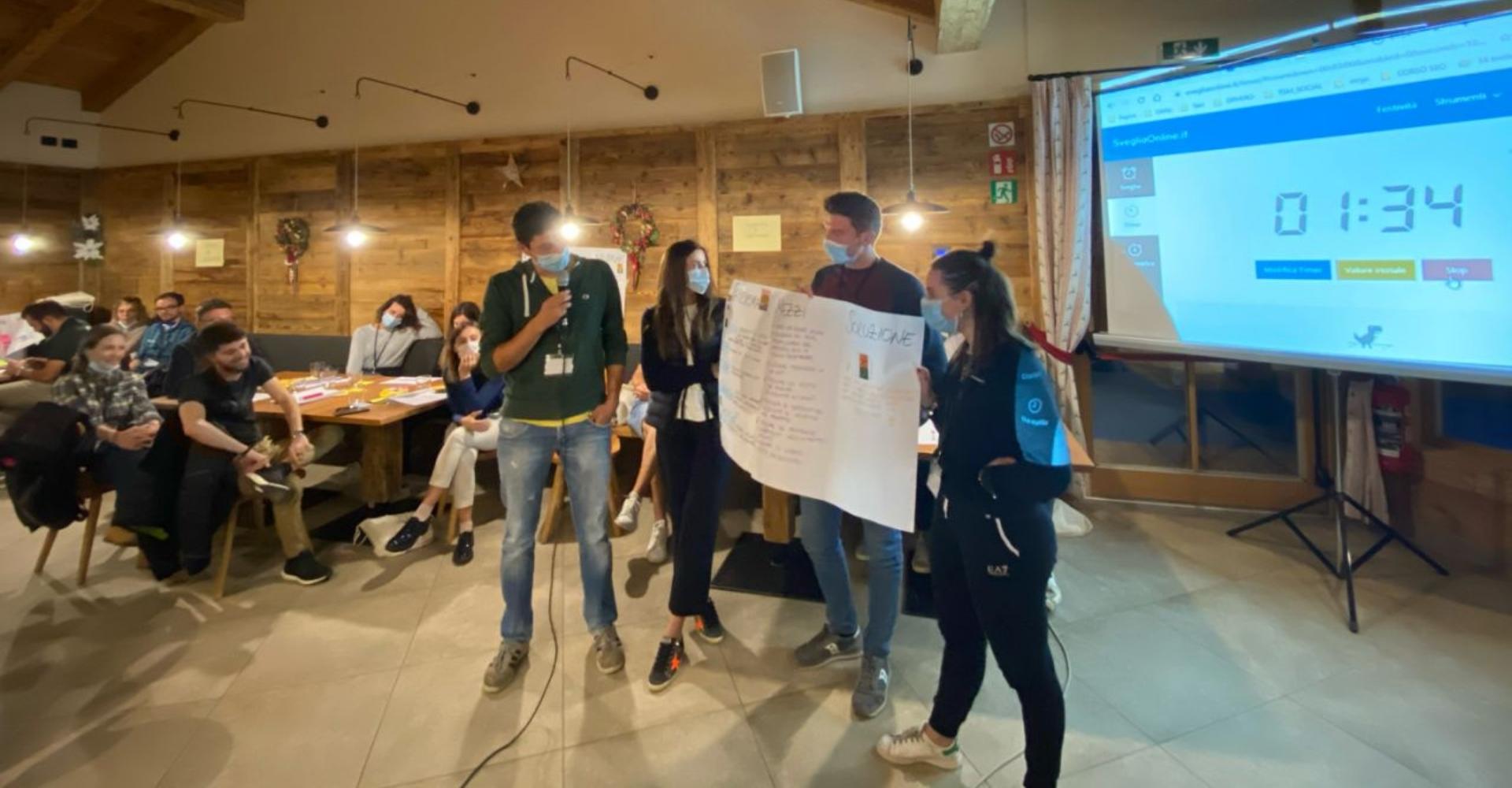 In addition to bearing the brunt of generational transition, young people are the population bracket who, precisely due to their youth, more than anyone else will suffer the consequences of climate change (a 2019 pre-Covid survey by Amnesty International revealed that Generation Z consider climate change as the most serious challenge the world has to face today).

We know that quality of life and services, and the balance between work and wellbeing often determine the life choices of individuals. All the Alpine zones share a scenario characterized by depopulation, and each local territory has to strive to remain attractive for its new generations.

Precisely for this reason, managing to involve the young people of the Paganella Plateau in the design and co-creation of the future, in which they will be the true protagonists, is a key element for the success of Future Lab. 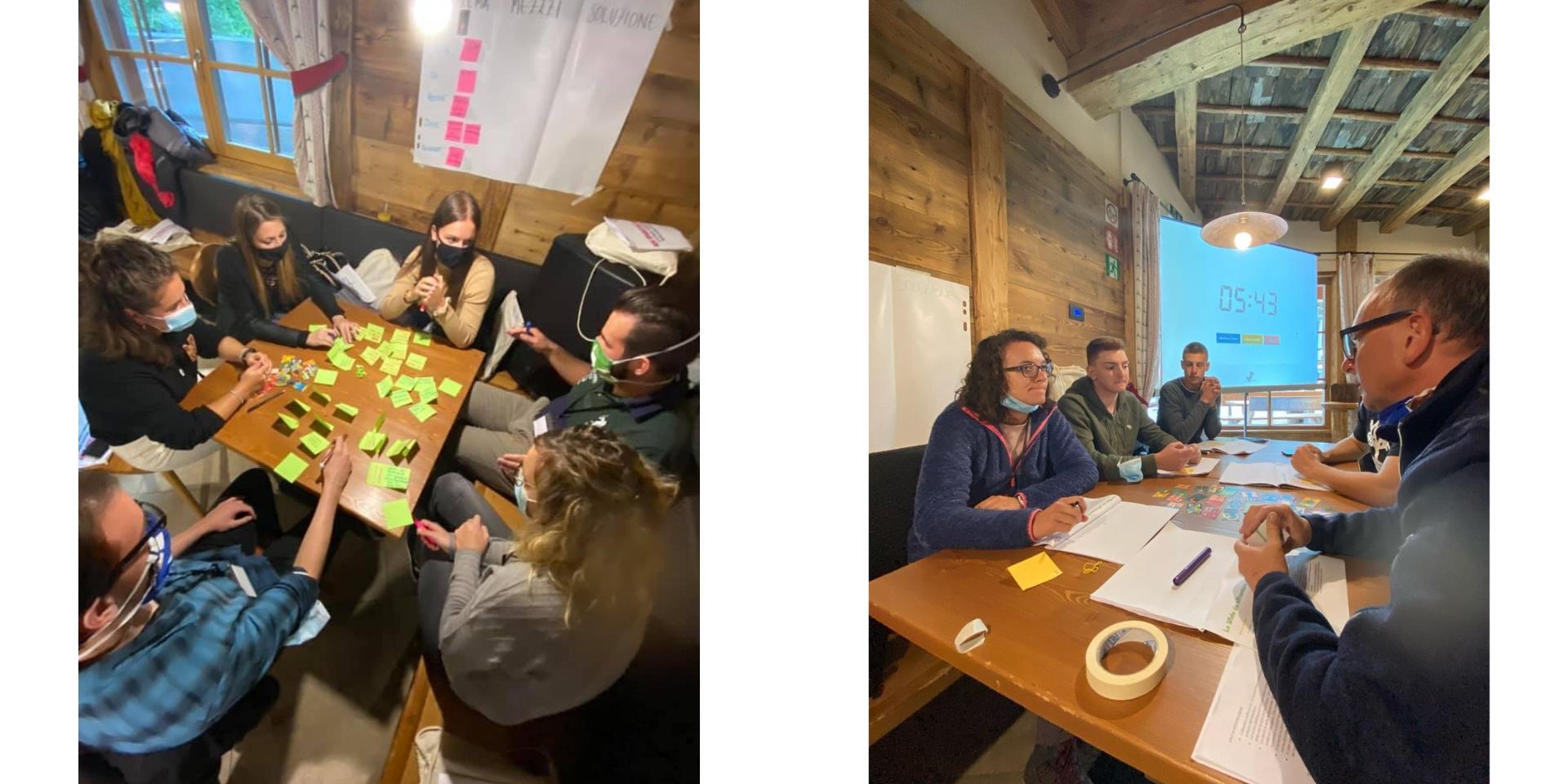 Following a project with the second year of Andalo middle school, in April and May during full Covid lockdown, an online questionnaire was sent out to all the young people (16 to 35 years) of the five local villages. The aim was to understand what they thought about future opportunities for life and work on the Paganella Plateau (also in the light of the Covid-19 crisis). 193 young people replied, providing important data for use in the continuation of Future Lab (more detailed results from the survey are provided in a booklet being delivered to all the households of the Alpine plateau as we write).

On 26 September it was finally possible to meet again in person and continue discussing the future together. At the Rifugio Meriz forty young people from all five villages gathered for the New Generation Day: an afternoon to reflect, create, and imagine new ideas for the future of our holiday venue. 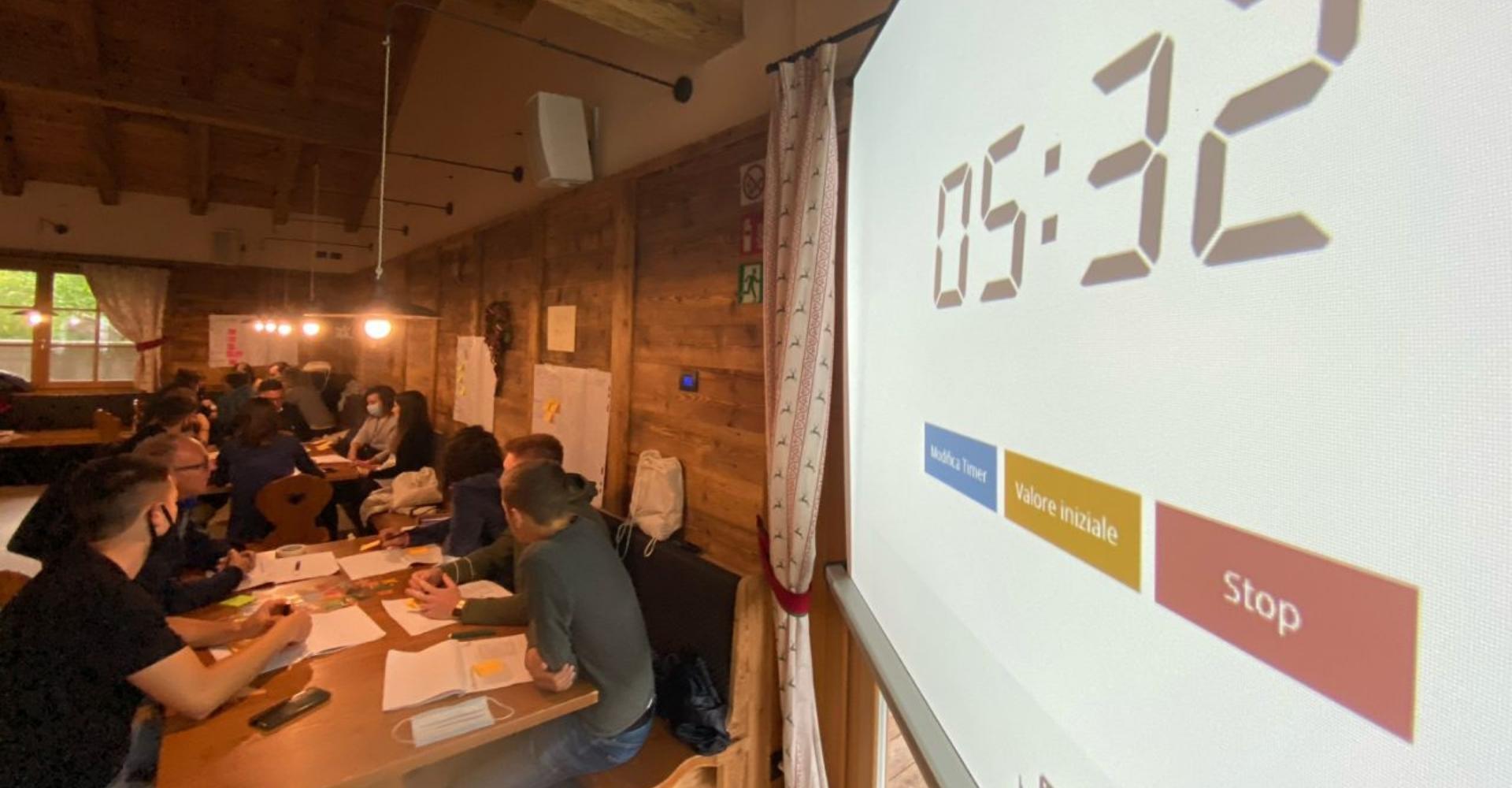 The young participants divided up into eight groups and, starting from one of the four project pillars (DNA of the resort, climate change, new generations, tourism in balance) attempted to reformulate these issues into a ‘problem statement’, a well defined problem to be resolved. In two subsequent thirty-minute work sessions they conceptualized a possible solution and the necessary means to achieve it.

The eight groups then outlined their ideas in three minutes to all the participants, and to a panel of judges comprising a pool of experts leading the implementation of the Future Lab and members of the local Community Youth Committee. A huge number of ideas emerged regarding mobility, involvement of young people in decision making processes, services for local citizens during ‘low season’ periods, the identity of the resort, and how to create a more sustainable tourism development model for the local community. 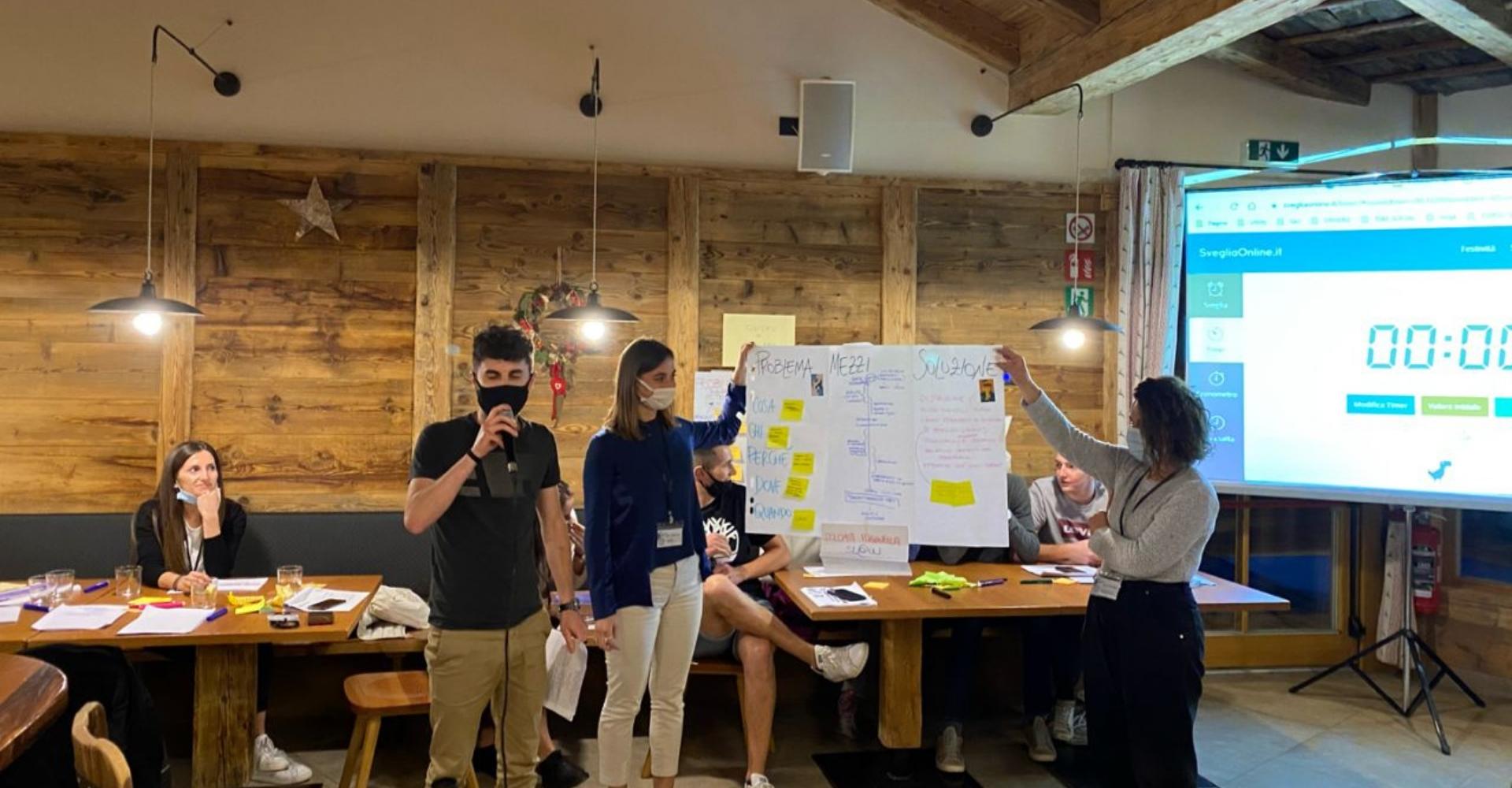 The panel of judges, decided to award three groups in particular:

The prize? A trip to Copenhagen (when the health situation will allow it), because cross-pollination of ideas generates innovation, and what better place than the Danish capital, among the main sources of inspiration for the Future Lab, for cross-pollination to take place?